Savor the flavors of fall with crunchy Apple Cinnamon Biscotti. Occasional dips in temperature, a few yellow leaves on the ground, and the kids back at school are all signs that fall is upon us. Fill your kitchen (and your cookie jar and care packages) with the smells of baking apple and cinnamon and embrace the deliciousness of autumn. 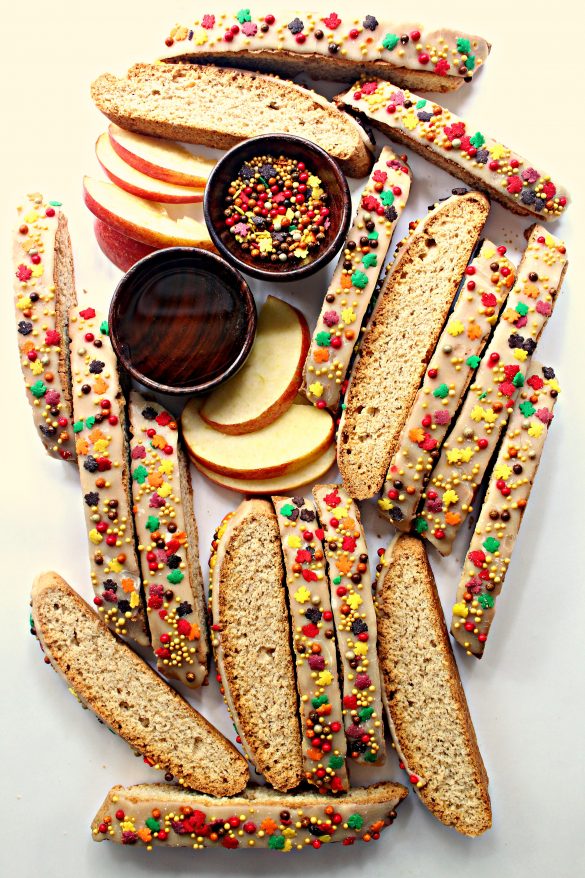 A tradition on Rosh Hashanah, the Jewish New Year, is to dip apples in honey to represent our hopes for a sweet New Year. When I think of fall baking, the flavors of apple and honey are inseparable in my head. 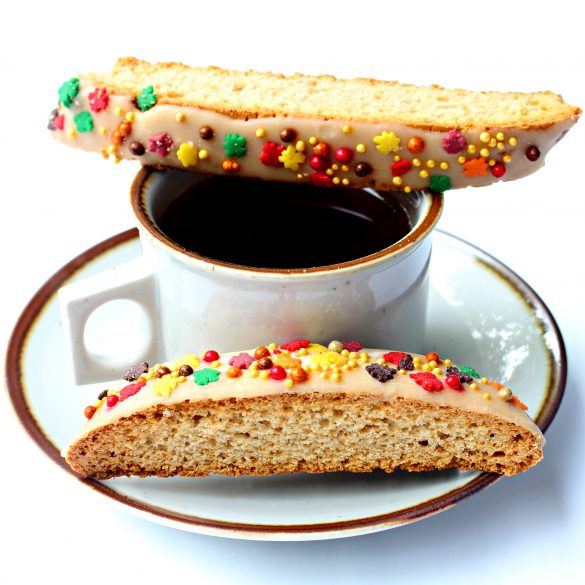 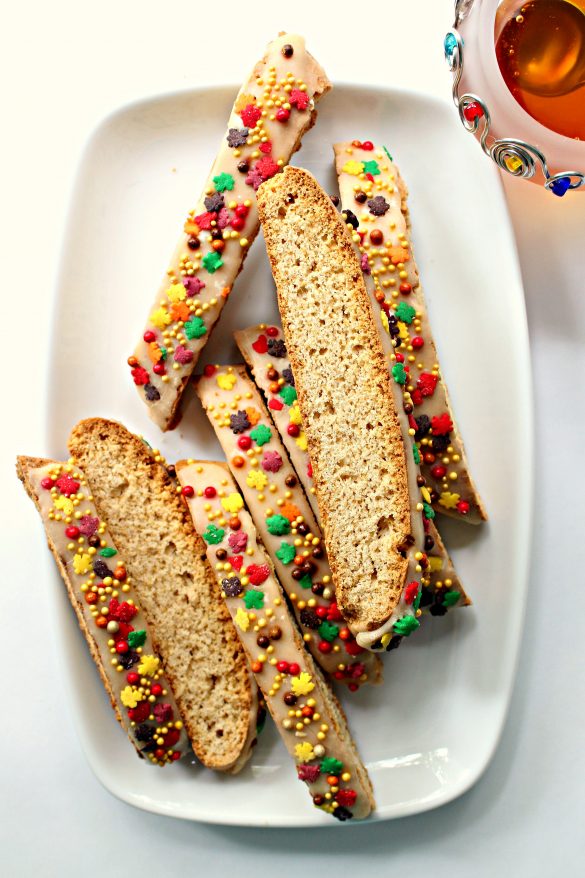 Because I was gifting the Apple Cinnamon Biscotti, I wanted them to be eye catching.  First, the biscotti are iced with luscious apple cinnamon icing that dries firm for storing and shipping ease.

Then, I combined a variety of sprinkles to make my own “Autumn Mix”. Any sprinkles in fall colors will work. I used a combination of fall leaves and two sizes of nonpareils in gold, browns, and red. Sprinkles make Apple Cinnamon Biscotti a celebration cookie. 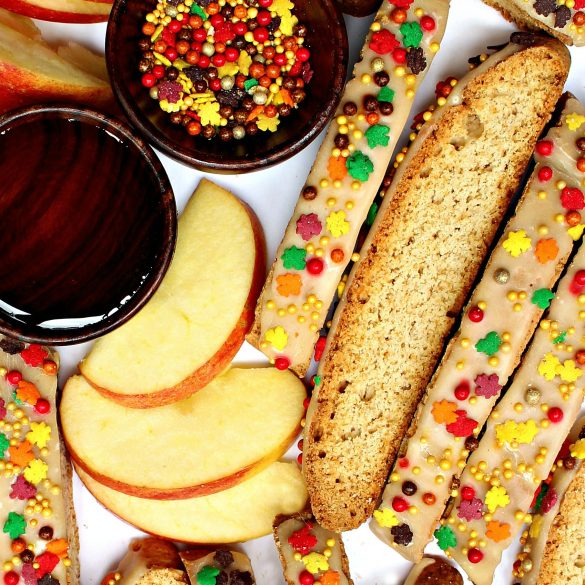 As the fruity-spicy aroma of baking Apple Cinnamon Biscotti filled my kitchen, I got excited for the many fall baking projects I have planned! If you love baking and cooking with apples, you will get excited too about #AppleWeek, September 23-29.

More than 40 blogs, including The Monday Box, will be sharing apple recipes of all kinds. #AppleWeek will include more than 200 recipes and seven different prize packages from #AppleWeek sponsors! Keep an eye out here on The Monday Box for links to the recipes and a link to where you can register for the prizes.

In the meantime, bake some Apple Cinnamon Biscotti to usher in the fall with a bit of sweetness and a lot of crunch. 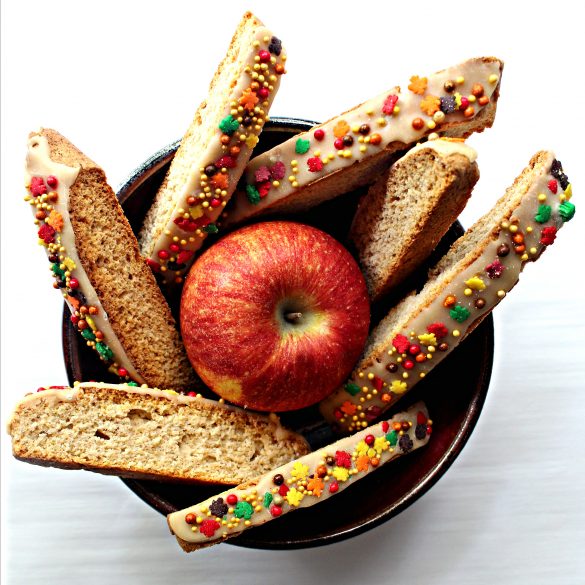 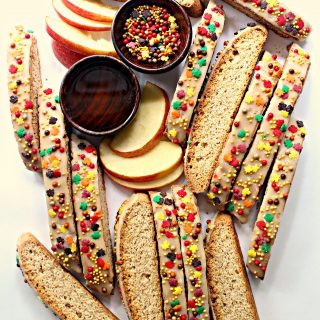