About 7 years ago, Starbucks had a pastry called Fantasy Bars. The chocolate chunk filled dough tasted like a chocolate chip cookie but also incorporated the taste and texture of crunchy toffee. My son adored these bars. Once a week, after middle school, a Fantasy Bar was his after school snack.

For some reason, Starbucks discontinued carrying them. Back then, it didn’t occur to me to try to make them myself. To be honest, it still hadn’t occurred to me when I made these Chewy Chocolate Toffee Marshmallow Cookie Bars and sent them off in a Monday Box. I had simply been attracted to the bar’s ingredients and chewy consistency. 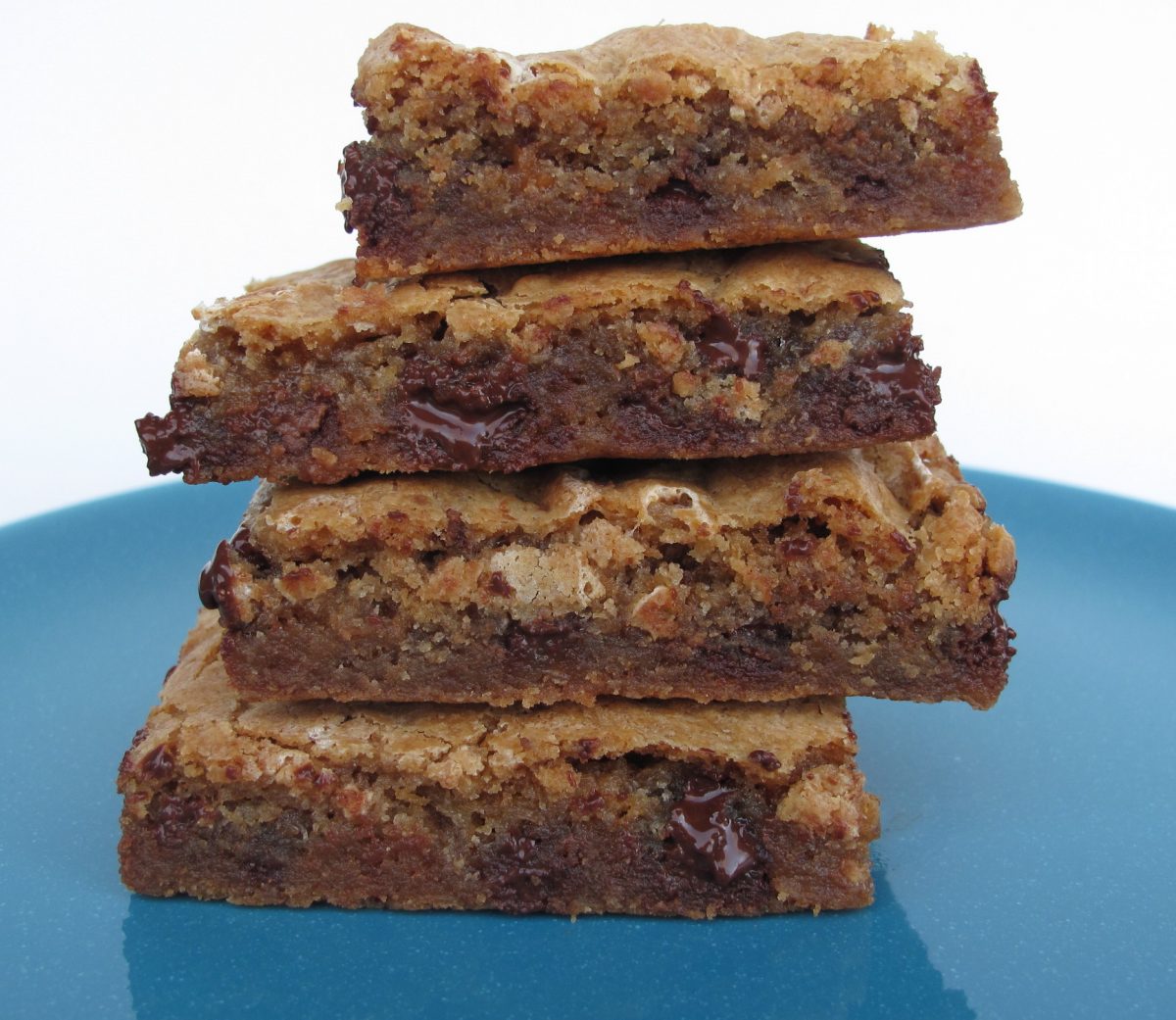 Sometimes when I send new recipes in a Monday Box, its not easy getting feedback. In all fairness, I suppose that classes and homework should take priority over test recipe analysis. But by the time I have an actual conversation with my son (beyond a cryptic text letting me know he is alive and well and living in Chicago), he can’t remember having eaten a specific cookie. It came. He ate it. He thinks it must have been good. 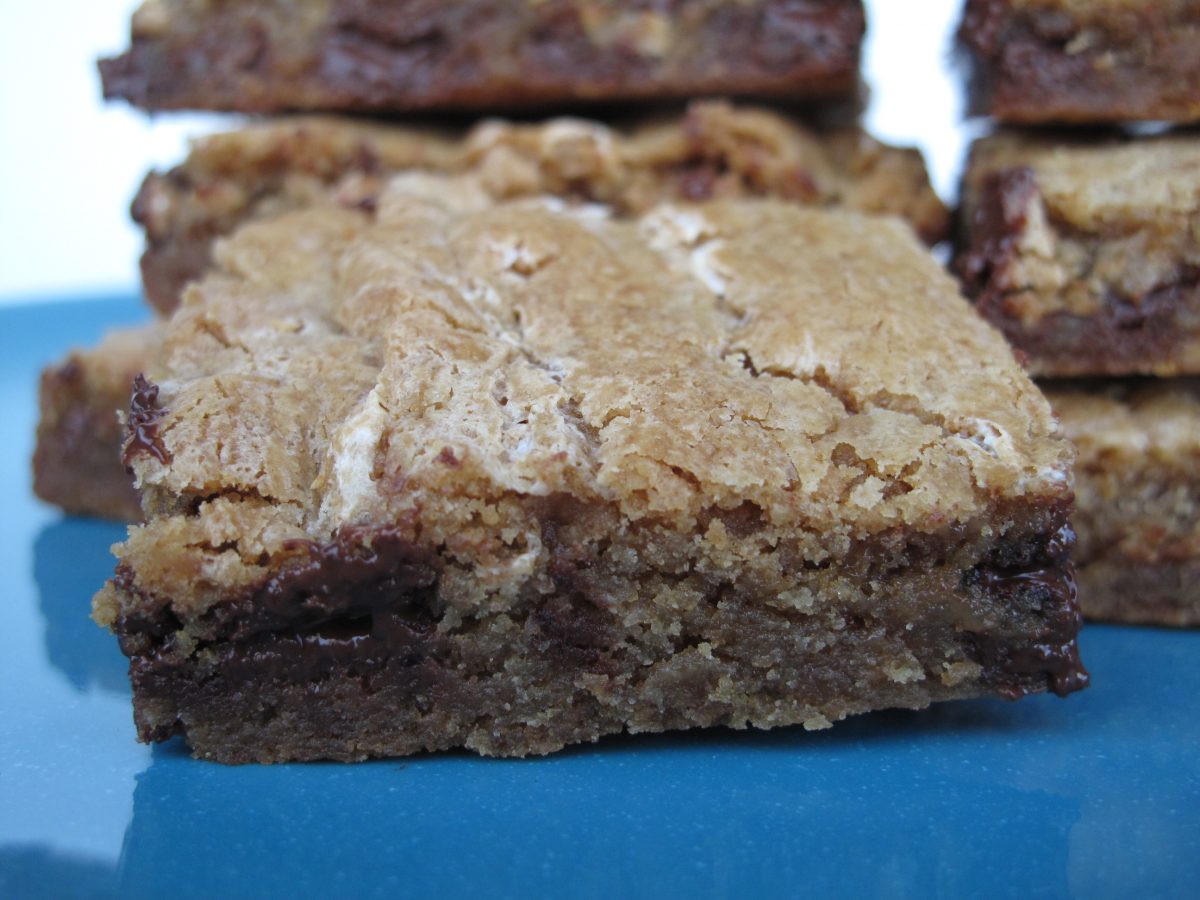 So, I was surprised to get a call specifically about these Chewy Chocolate Toffee Marshmallow Cookie Bars. My enthusiastic reviewer reported that they tasted a lot like Fantasy Bars, but with less toffee taste. Hmmmm. Being that there was no toffee at all in the original recipe, I wasn’t sure where ANY toffee taste was coming from (other than maybe some melted marshmallow crème). Next round, I threw in toffee bits and our version of Fantasy Bars was born. 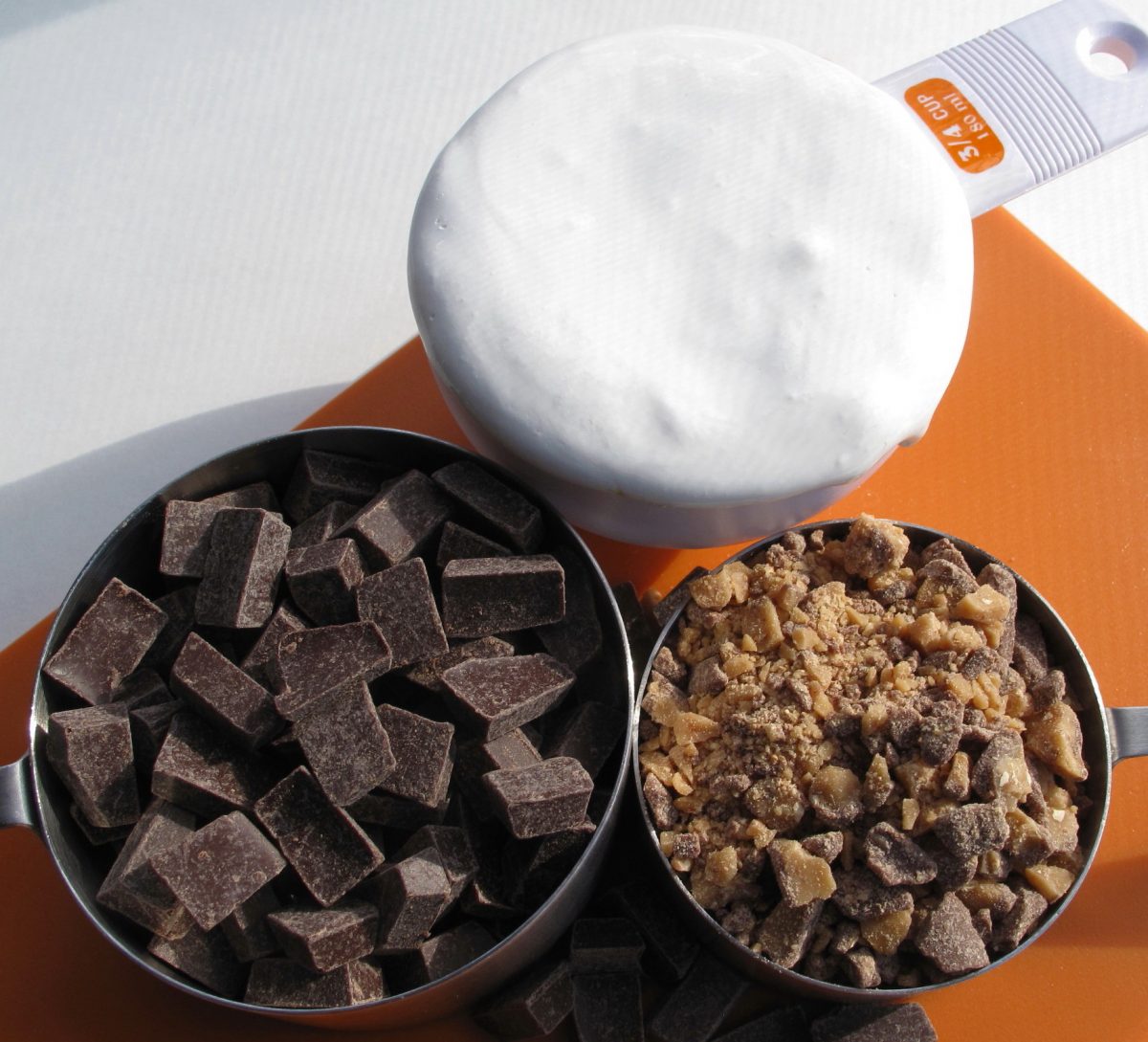 When cutting Chewy Chocolate Toffee Marshmallow Cookie Bars for a fancy platter or crunch-adverse consumers, trim the crunchy edges around the outer edge of the pan before cutting into bars. We love the crunchy with the chewy, so I leave the edges on. It makes for a kind of funky shape but it tastes good. 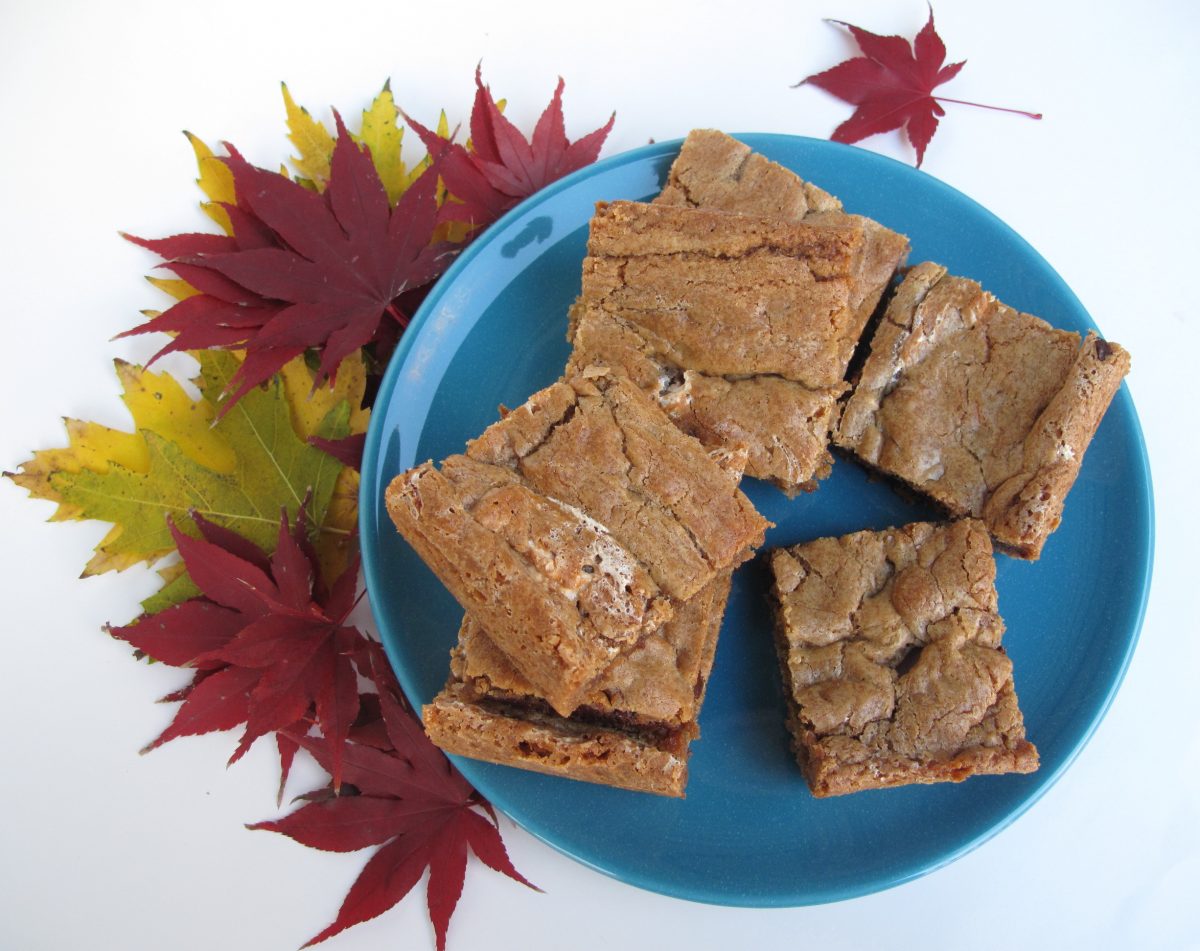 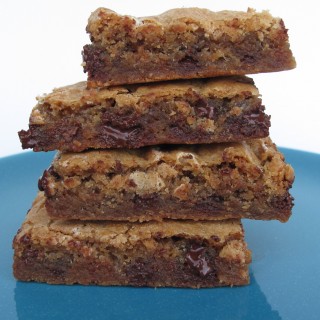 Packing tips Wrap the bars individually (or in pairs) in plastic wrap before storing in an airtight container (or zip lock bag) at room temperature for up to 1 week. Though the bars still taste good after 1 week, they tend to dry out and become less chewy.