I am not currently a pancake enthusiast, but I love the flavor of maple syrup. When I was a child, my father often made pancakes on Sunday mornings. I remember eating Log Cabin syrup saturated pancakes until my stomach couldn’t hold another. Sticky, sweet sugar syrup with maple flavoring was what I knew as maple syrup. If that is what you think of when maple syrup is mentioned, then Maple Syrup Blondies with Maple Sugar Candy are going to change your frame of reference! 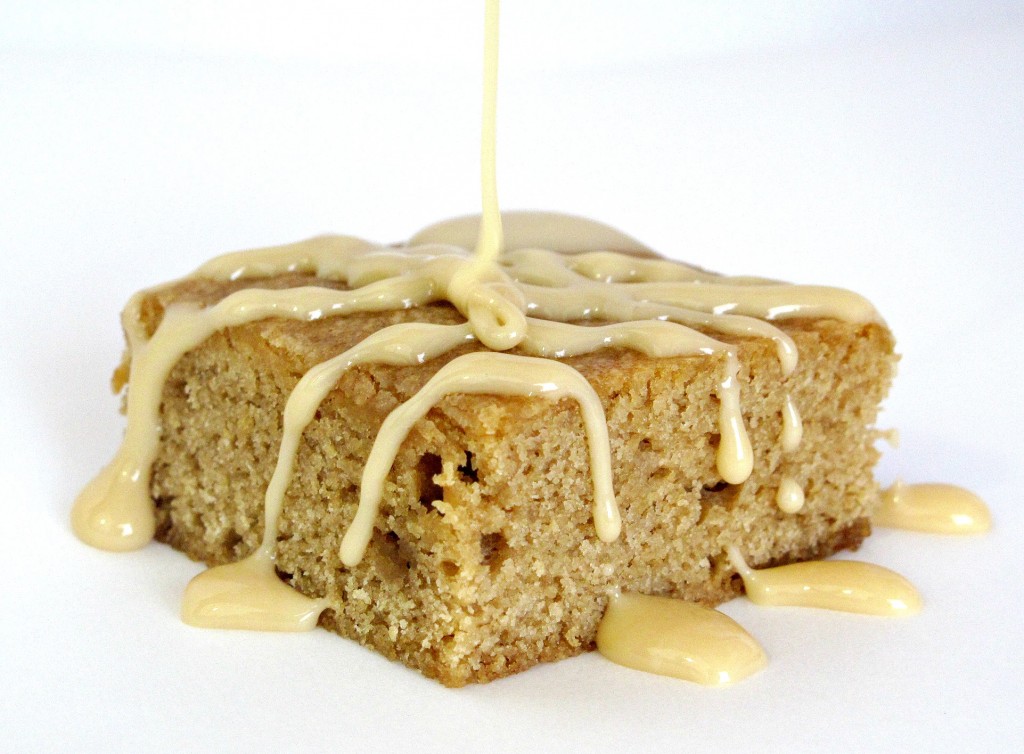 When I was 12, we were living in Europe where, at the time, American style maple pancake syrup wasn’t available. Our Sunday morning pancakes came to a temporary halt when my siblings and I refused to eat pancakes with jam. I suspect we dramatically complained.  I have no idea where they eventually found it, but my parents came home one day with a can of pure maple syrup. Without a cookbook or internet for guidance, my father bubbled and boiled a sugar syrup that, combined with the can of maple syrup, turned into the pancake topping we were missing. 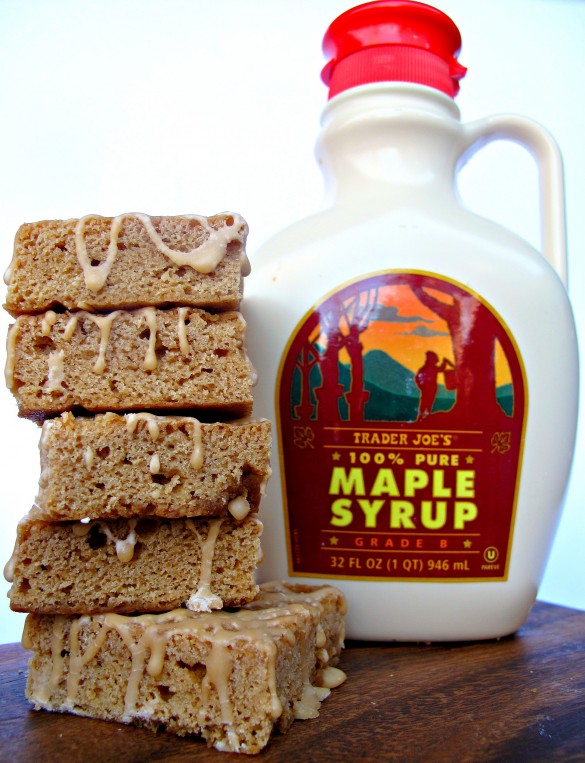 Now I prefer baking with maple syrup rather than pouring it over pancakes. I love the warm flavor and the intoxicating smell. Oddly, I think, the maple-ness of pure maple syrup isn’t as strong as the maple flavoring in pancake syrup. The first time I made these Maple Syrup Blondies with Maple Sugar Candy, I followed the original recipe which called for only vanilla extract. I found the blondies to be missing maple-ness. I think adding a teaspoon of maple extract gives a more distinct maple flavor to the bars. 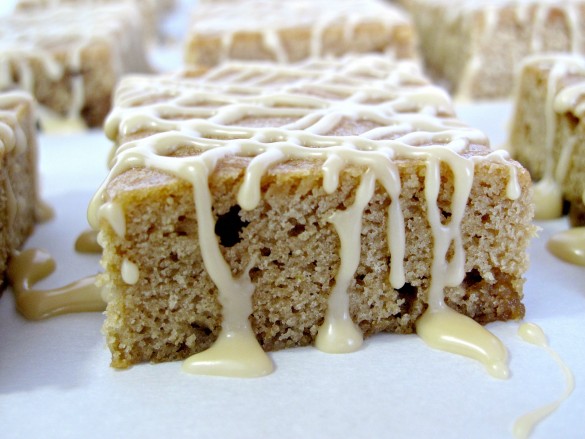 One of the things I enjoy most about this blogging adventure is discovering how to make things I never thought about making before. Things like graham crackers, marshmallows, and chocolate chips are supermarket staples, and I never considered how easy they might be to make at home. I had just such an “ah-ha” moment with the maple sugar candy for these blondies. Maple sugar candy is just boiled pure maple syrup which is beaten with a wooden spoon. That’s it! The recipe couldn’t be easier. 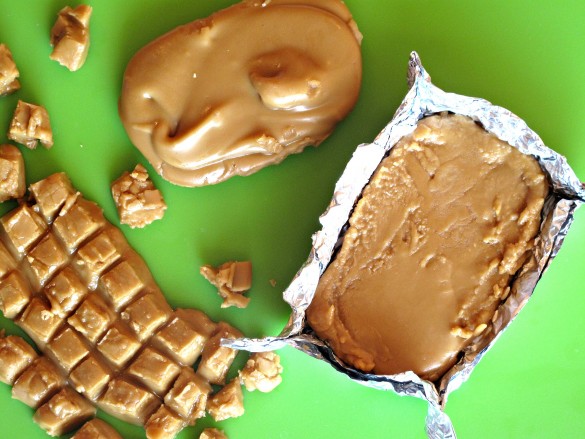 The chopped maple sugar candy melts into the batter while the blondies bake. That might be the reason these bars stay moist and chewy for up to 2 weeks! I was thrilled that the flavor and texture stayed the same over time. Try these Maple Syrup Blondies with Maple Sugar Candy and add some maple warmth to your next care package, cookie tray, or snack time. 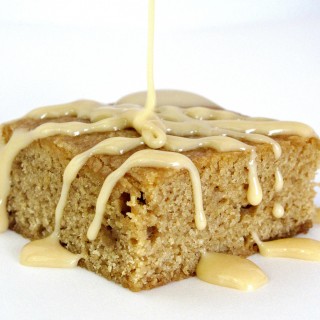 Mailing these bars uncut in a disposable pan will keep the blondies moist and chewy longer and make them sturdier for shipping. If mailing cut bars, place a small piece of wax paper between pairs of bars and double wrap in plastic wrap. Place wrapped blondies in an airtight container.
Tried this Recipe? Pin it for Later!Mention @TheMondayBox or tag #themondaybox! 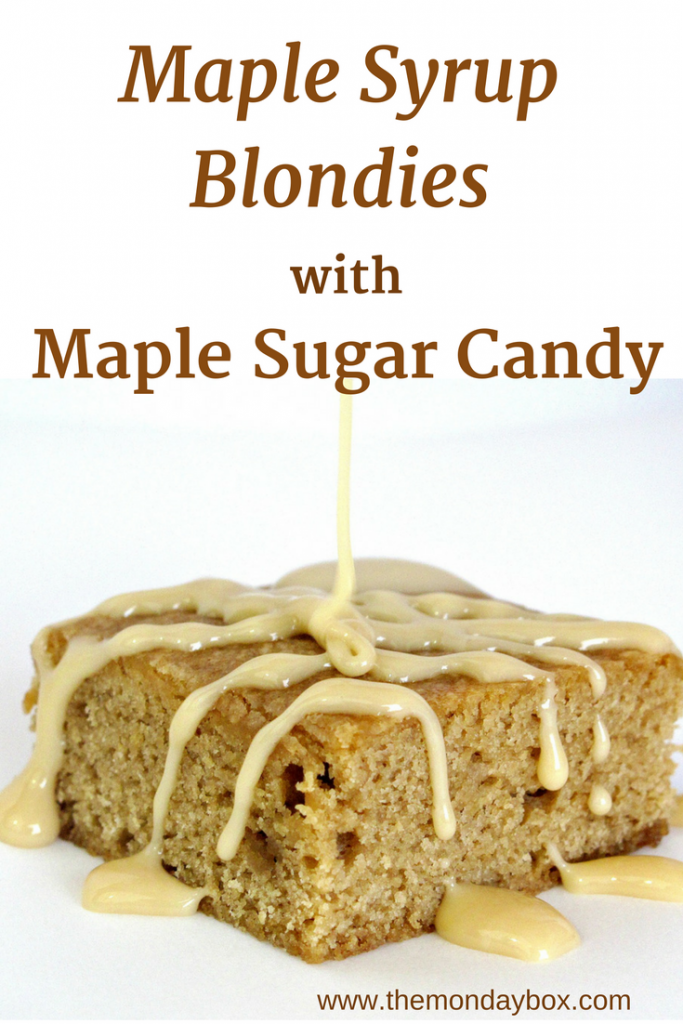