Get ready for the intoxicating smell of cinnamon cookies baking. Not just any cinnamon cookie, but a Cinnamon Chip Biscotti cookie crunchy enough for dunking, yet just as enticing to nibble on its own. In very little time you can bake a bunch of these glittering, white chocolate dipped treats for gift bags, care packages, and the plate next to your mug of cocoa, or coffee, or tea. With this time saving recipe, you can be nibbling on biscotti an hour from now! 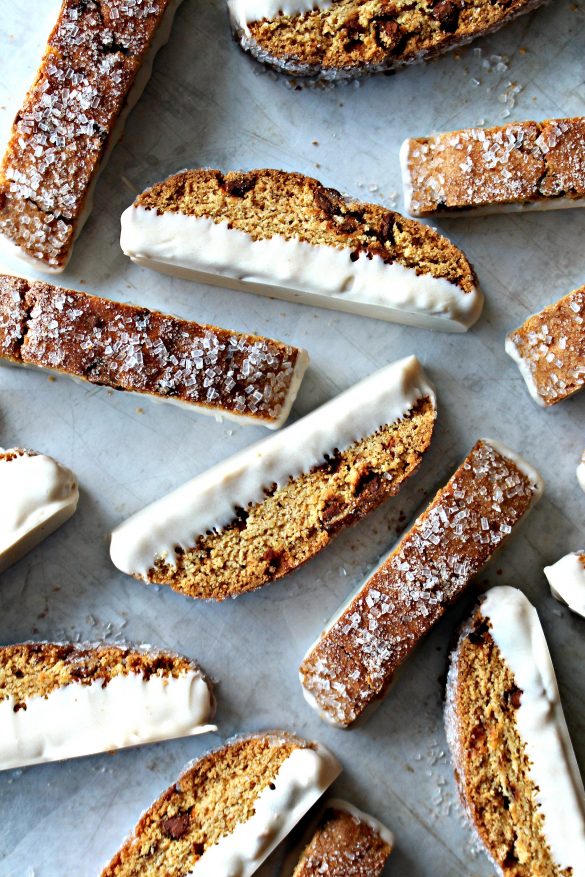 Like all of the recipes in this series, these baked treats are made with a “secret time saver ingredient” in order to make the ingredient list short and the preparation quick and easy. This time of year, quick and easy are essential!

The biscotti start with a box of yellow (vanilla) cake mix and are packed with cinnamon flavor inside and out. Ground cinnamon and cinnamon chips spice up the dough, cinnamon sugar sprinkled on top adds a bit of sparkle, and a creamy cinnamon, white chocolate coating on the bottom is the finishing touch! 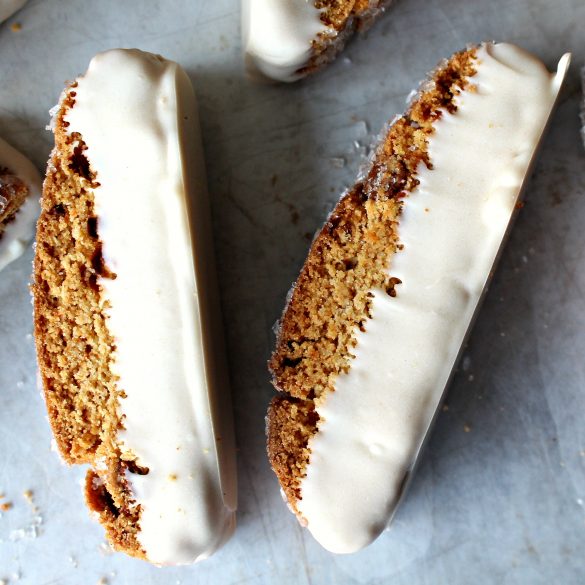 Every time I publish a biscotti recipe, I mention that they are probably the ultimate care package cookie.

Care package cookies have to travel well and stay fresh for the length of their journey.  Cinnamon Chip Biscotti are sturdy cookies that stay fresh for at least 3 weeks! 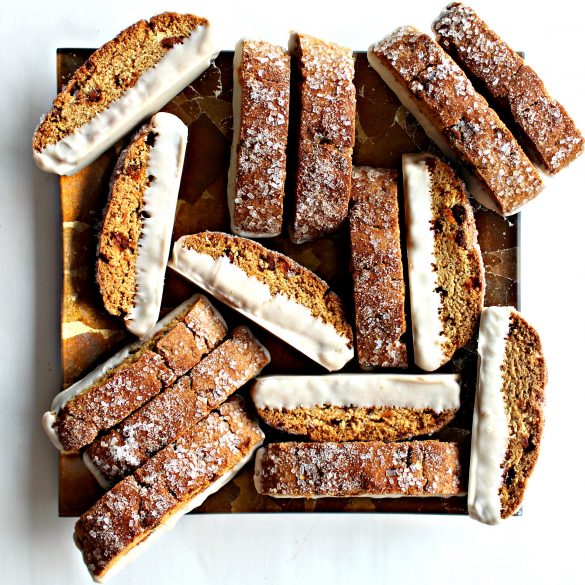 In some areas, cinnamon chips aren’t available or are only sold seasonally. I solved that problem with a quick homemade version of cinnamon chips.

My chips are really chunks. Taking the time to pipe out gazillion little chip shapes (been there, done that) isn’t necessary. I melted white chocolate and mixed in some cinnamon. The amount of cinnamon is “to taste”, but there is so much other cinnamon in these cookies, that I made the chips mild.

The white chocolate-cinnamon mixture is spread out on a wax paper lined baking sheet, chilled until set, then chopped into baking bits. The chips take less than 15 minutes to make. 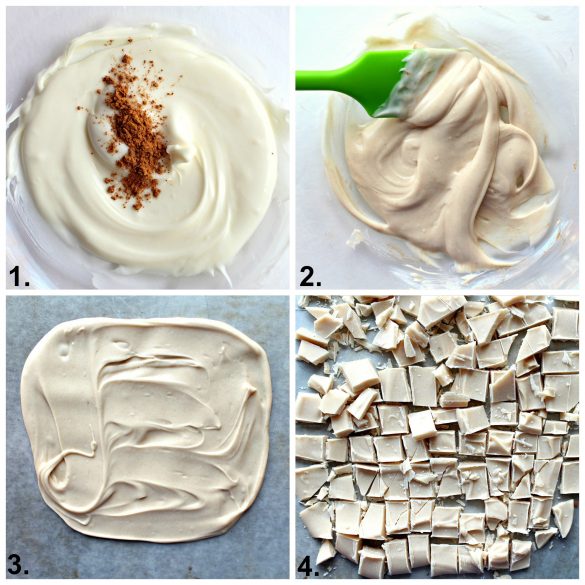 I can think of so many reasons to bake a batch of these delicious cookies immediately. College students are preparing for exams and writing absurdly long papers this time of year. A crunchy treat with their 2 a.m. coffee might be inspirational.

Our military can always use some sweetness from home. Biscotti are perfect for travel to deployment locations.

I will even bet there are people on your list who would love a sweet gift bag. You can easily spread a lot of smiles with this time saver recipe! 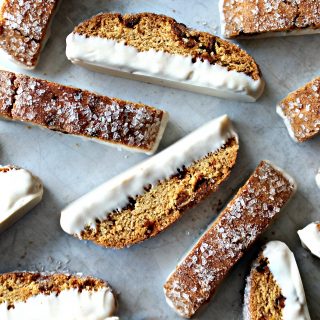 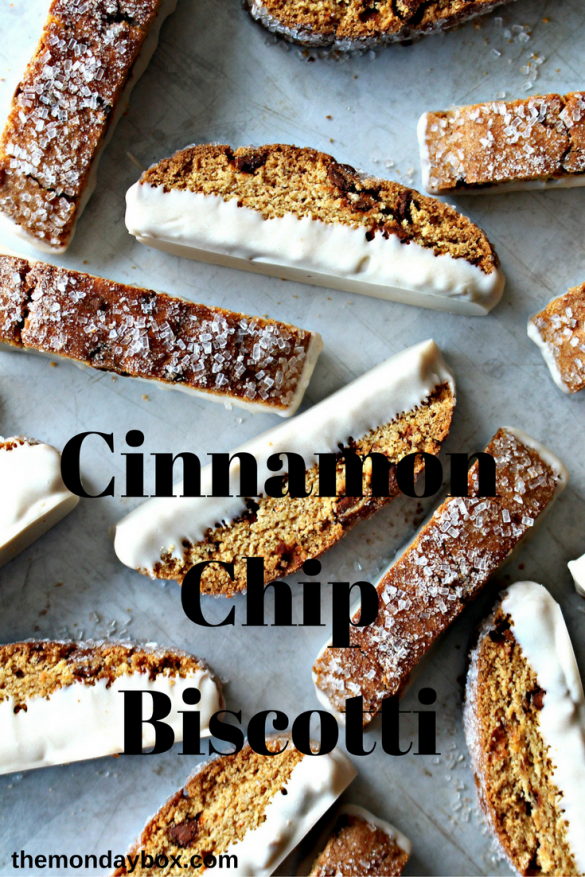