If subzero temperatures and piles of the white stuff have you huddled over a cup of something hot, what you need is a plate of Cinnamon Snowball Cookies to nibble and dunk. 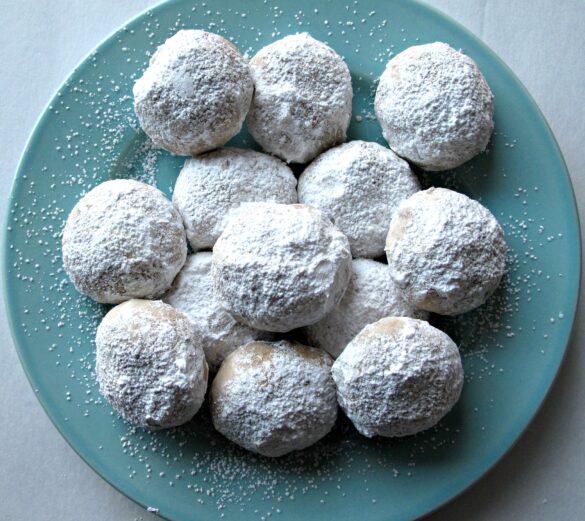 Though I love living in the Midwest, I am no longer the snow enthusiast I was when I was younger. When I was a college student long ago, I had this crazy idea that I wanted to live in Minnesota. I had grown up watching the Mary Tyler Moore Show about an independent young woman making her way in the world while living and and working in Minneapolis. For me, living in Minnesota symbolized being a grown-up and pursuing your dreams. I wanted to be my own version of Mary standing on the sidewalks of Minneapolis jubilantly throwing my hat into the air. I never thought about the subzero temperatures and mountains of snow that make up a Minnesota winter. Even if I had thought about it, I probably would have considered it part of the adventure. 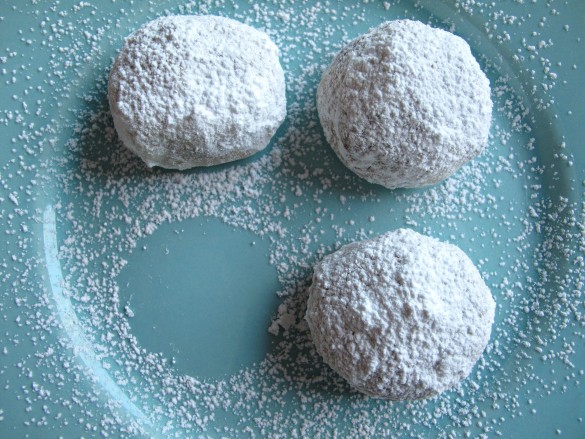 This snowy weather wimp never did live in Minneapolis, but settled in St. Louis instead. I did live in Chicago for a year where it was plenty cold, snowy, and most of all blustery. I also visited my daughter in college almost monthly during her 4 years of college in Des Moines, Iowa which has more than its fair share of ice and snow, and I continue to visit my son in college in Chicago despite last year’s January record (for me) of a -45 degree wind chill! 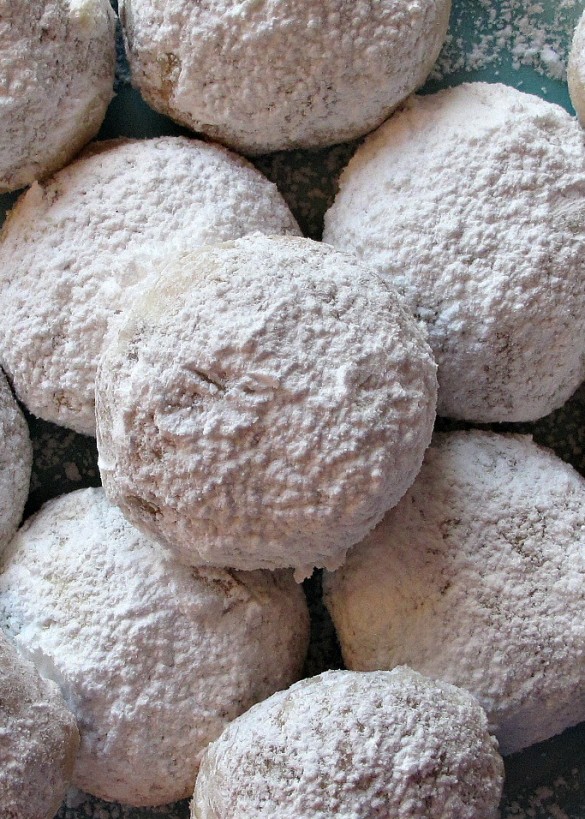 We do get snow in St. Louis, a few storms with an average annual snowfall of only about 17”. I am awed by my friends who live and thrive in extremely cold and snowy locations. Recently, Kathie from Homespun Seasonal Living tweeted from her Montana home that 15 inches of snow had fallen overnight and it was still snowing! Chris from Joybilee Farm mentioned on a Facebook post that the temperatures had dipped well into the negative numbers at her homestead in British Columbia. I am totally awed at how these women embrace the seasons. Though I can’t do it in person, I would like to offer both of these ladies a big virtual mug of steaming herbal tea with a virtual plate of Cinnamon Snowball Cookies to help them stay warm and cozy. 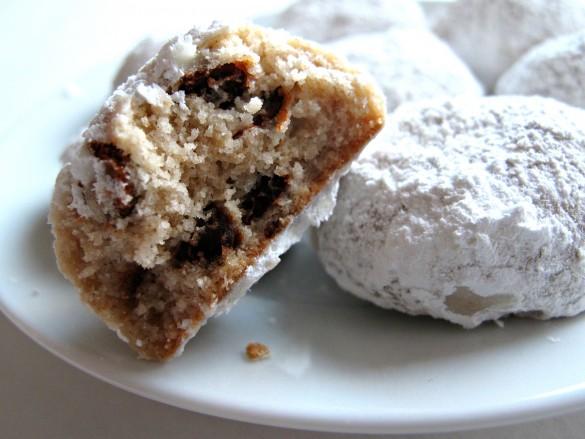 Cinnamon Snowball Cookies are crunchy butter cookies with both ground cinnamon and cinnamon chips in the dough. Unlike traditional snowball cookies, this recipe contains no nuts. The cinnamon flavor is the star of this cookie. Like traditional snowball cookies, this cinnamon version is coated in confectioners’ sugar, giving them a snowy appearance perfect for the Snow theme of my January military care package. Tune in Monday for the details on that box of wintery treats. 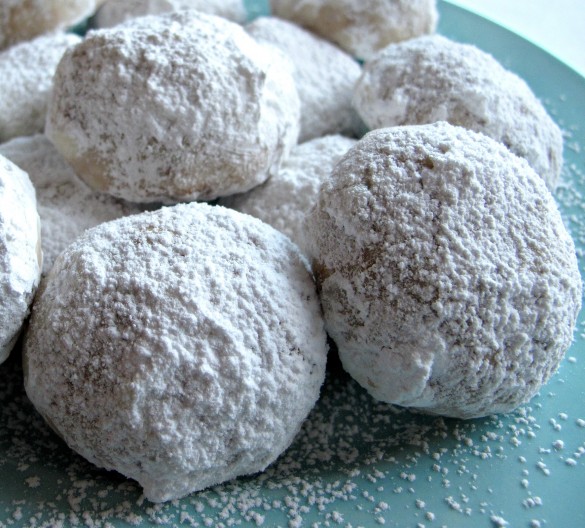