It’s hard to believe that the adorable elf pictured on these Elf on the Shelf Sugar Cookies can get into so much mischief while sending behavior reports to Santa. The real Elf may be a trouble maker, but these sugar cookie elves are just sweet. 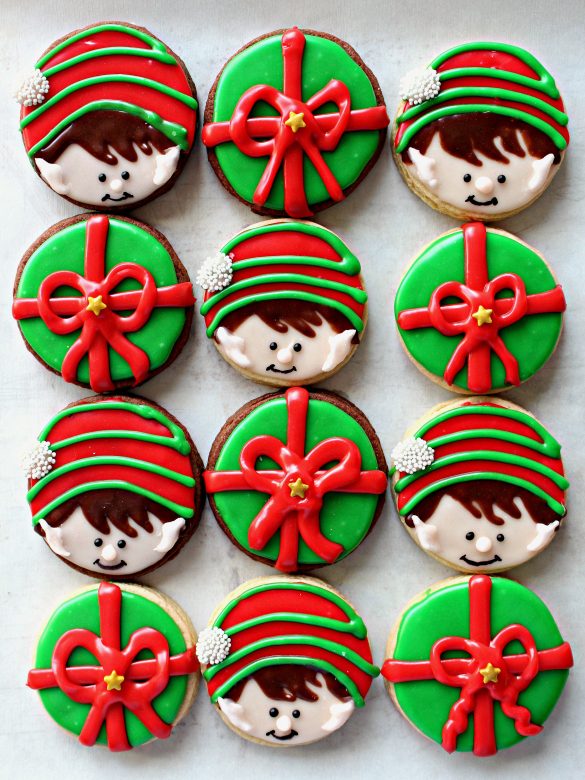 (The Monday Box participates in affiliate marketing programs. As an Amazon Associate I earn from qualifying purchases. Additional affiliate programs may be linked when applicable. If you choose to purchase a product after following a link on this page, I will receive a small commission, at no cost to you, which helps make The Monday Box possible.)

I have no idea how long Elf on the Shelf has been a thing, but the little rascal sure is popular. Apparently, Santa can’t be everywhere, so he sends out his elves at the beginning of December to keep watch and report on the behavior of children.

While hanging around observing, the Elf gets into all kinds of silliness. Each morning the Elf is found involved in his varied antics. The internet is full of suggestions for Elf costumes, printables, and humorous Elf scenarios. 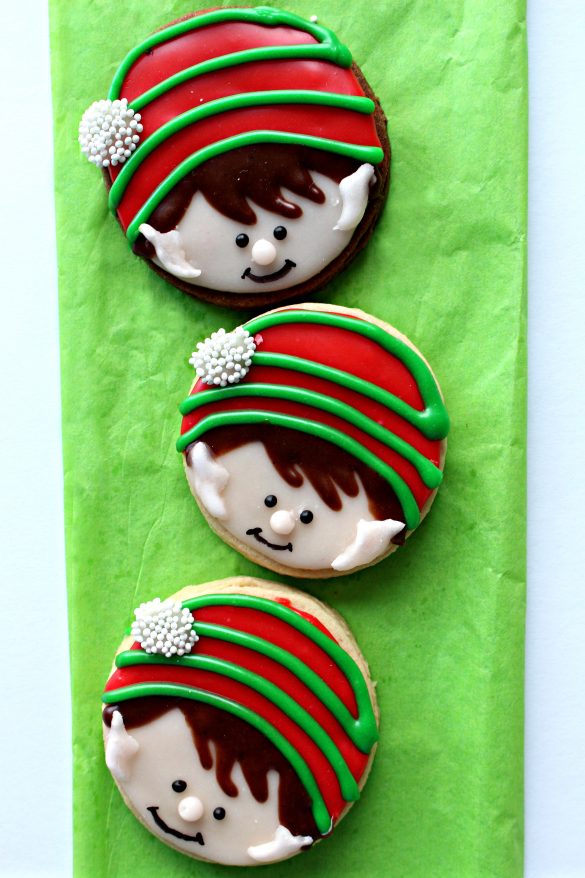 I chose Elf on the Shelf as the theme for my December military care packages. Perhaps the Elf will kindle  some childhood memories and inspire some holiday fun for my sailor and her shipmates.

The care package was supposed to be one box, but my enthusiasm overflowed into two (again).  I imagine that Santa is now receiving Elf reports from the USS Nimitz. 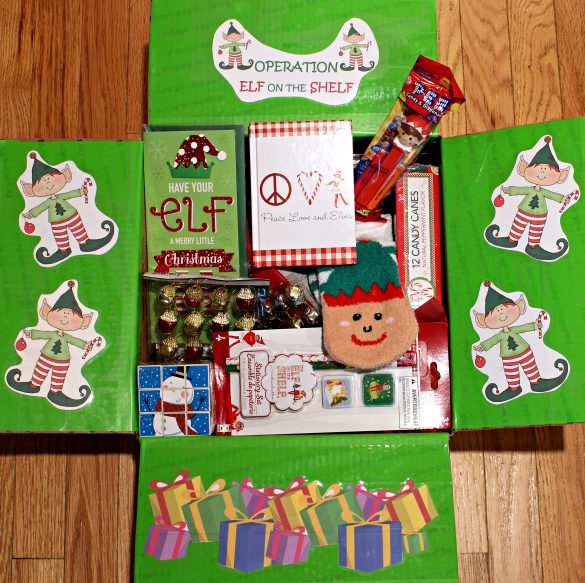 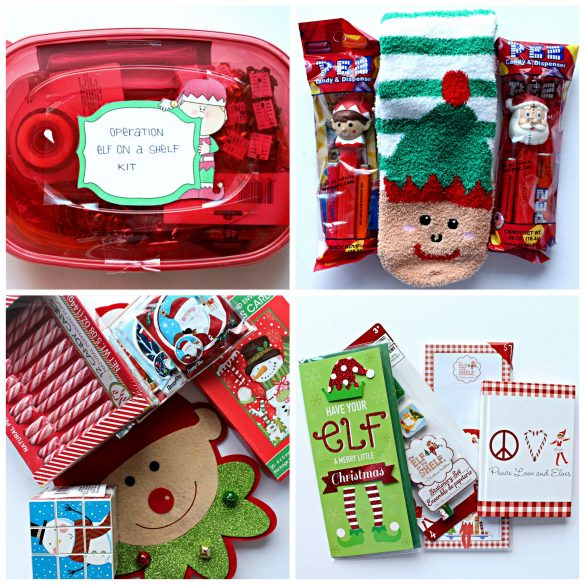 The designs I use for decorated sugar cookies are always beginner level. These adorable Elf on the Shelf Sugar Cookies are the most detailed cookies I have attempted, but they really are still beginner level.

No fancy or finicky icing. No specialty piping tips. I even cheated and used a food marker instead of piping on the mouth. Really, anyone can do this.

Because there is some drying time required in the process, Elf on the Shelf Sugar Cookies take a while to complete, but the end result is smile inducing.

For variety and to make a quantity of cookies in less time, I also made cookies that look like a gift tied up with a bow. I used one batch of chocolate dough and one batch of vanilla dough to make 18 elves and 18 gifts, and froze about one dozen cookies for future use. 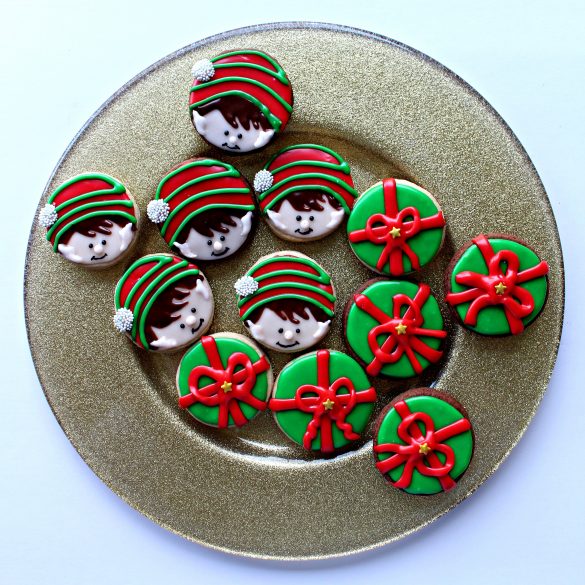 Two batches of simple corn syrup icing (faux royal icing) is used to create Elf on the Shelf Sugar Cookies. The first batch of icing is divided and colored, one half red and the other half green.

From the second batch of icing, remove 2 rounded tablespoons of icing, for the black icing. Mixing in 1 teaspoon of cocoa powder before adding the food coloring will make it easier to get a dark black icing with less food coloring.

Remove 4 tablespoons of icing and color it brown.  The remaining second batch of icing is colored skin tone (beige with a tiny bit of pink). Place each icing color in a piping bag with a small circle tip (I used #4 or #5) 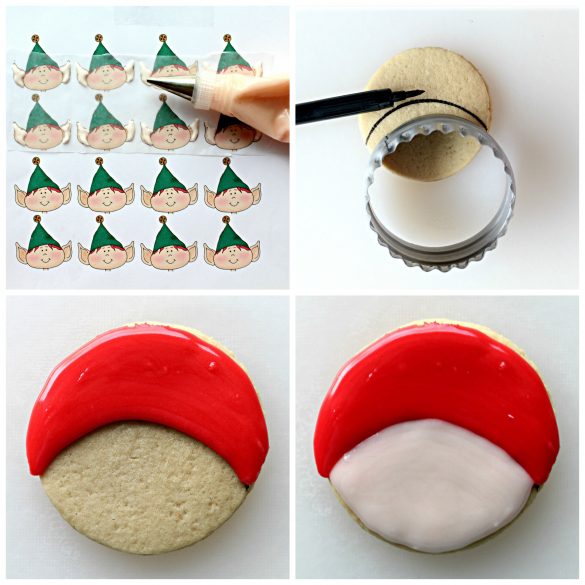 I was definitely not confident that I could pipe elf ears onto the cookies without messing up the whole design. So, I created a template, covered the template with wax paper, and piped on skin tone icing ears.

The ears must dry completely for several hours (or overnight) before they can be removed from the wax paper and icing-glued onto the cookies. I used a cookie cutter edge and a food marker to draw a guide line onto the cookie, before piping on the red hat, then piping on the skin tone face. 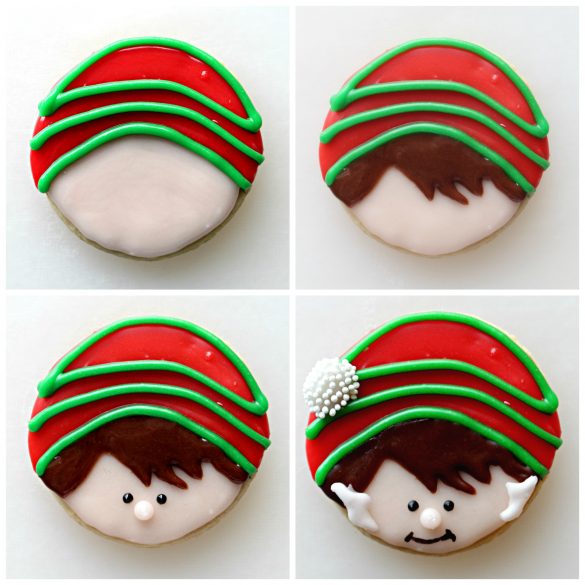 Next, pipe on the brown hair.  Black icing is dotted on for eyes and a dot of skin tone icing forms the nose. When those details have dried, the elf is ready for the finishing touches.

A circle of skin tone icing is sprinkled with white nonpareils for the pompom on the hat, a dab of icing glues on the ears, and the mouth is drawn on with a food marker. 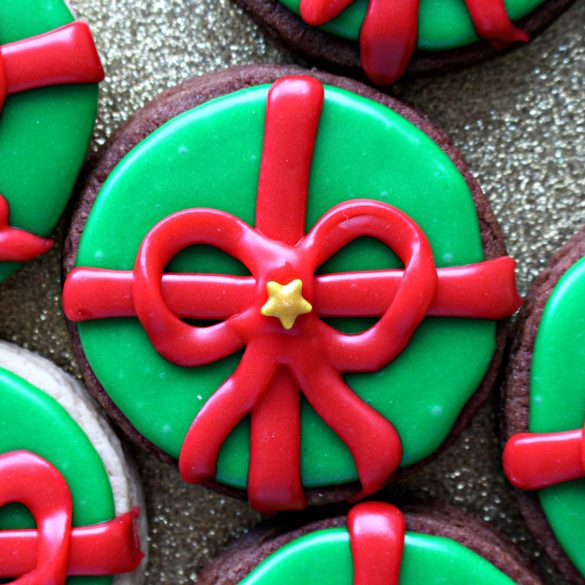 I didn’t photograph a tutorial for the gift design cookie because it is so basic. The cookie is covered in green icing and allowed to dry for at least one hour before piping on the red ribbon and bow (I used a #44 tip).

The gold star sprinkles at the center of the bows add sparkle and I think they help my red squiggled icing look more like bows. 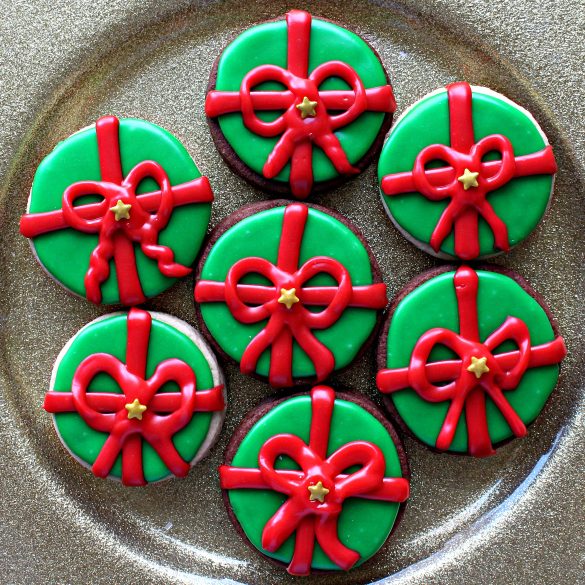 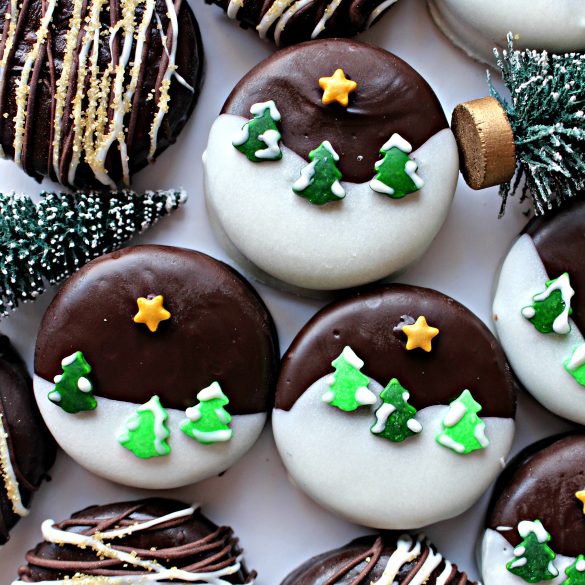 Winter Wonderland Chocolate Covered Oreos are the new “recipe” included in this Elf on the Shelf care package. Really, they are more of a mini craft project than a recipe, as no cooking is involved. Tree and star shaped sprinkles make these pretty winter scenes quick and easy to create.

RESOURCES FOR ELF ON THE SHELF IDEAS

Over 200 Elf on the Shelf Ideas at Crystal and Co.

Military-Themed Elf on the Shelf Ideas at Veterans United Network

12 Free Printable Elf on the Shelf Masks at Nerdy Mamma

Top 50 Elf on the Shelf ideas at I Heart Naptime

Elf on the Shelf Story – Printable Poem at Lil’ Luna

Wishing everyone at home or away, a safe and peace-filled holiday season. 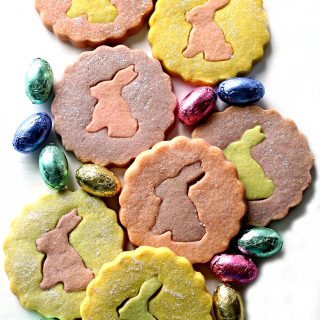 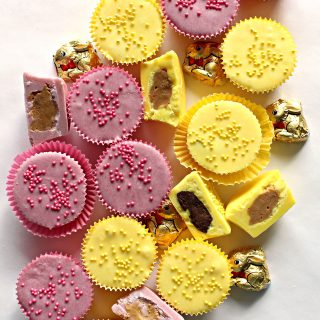 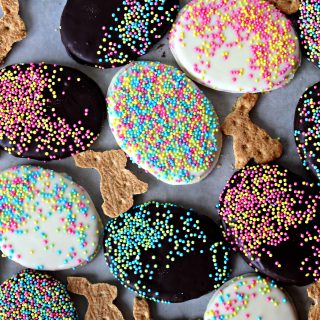 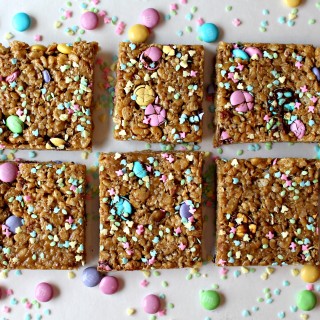 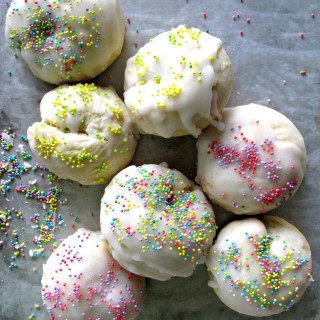 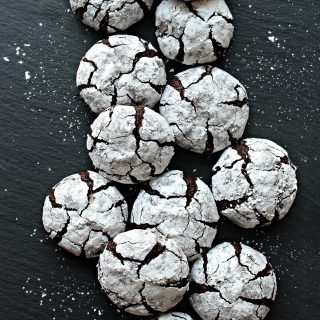 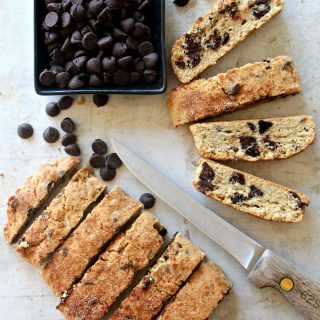 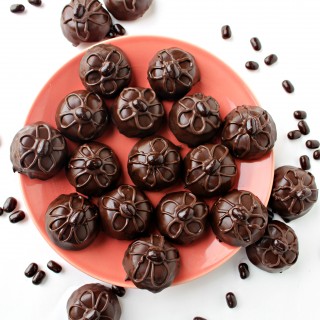 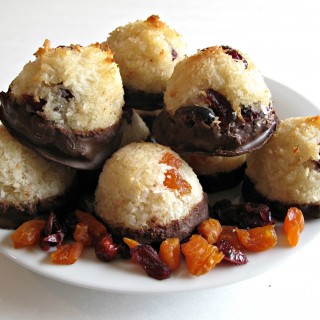 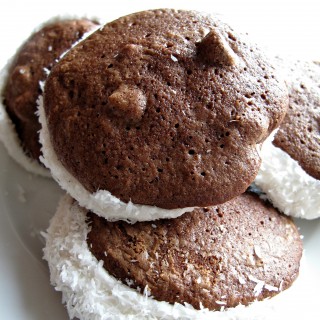